…and we are back for a new BSD-related conference :)

Now we are talking about the FreeBSD devsummit, taking place two days before the EuroBSDCon conference. This year, it is in Stockholm, Sweden.

Like last year in Sofia, Bulgaria, it is a smaller conference and devsummit compared to BSDCan. The list of topics is available on the FreeBSD wiki.

Our hosts this year are the company called Init, big thanks to them! 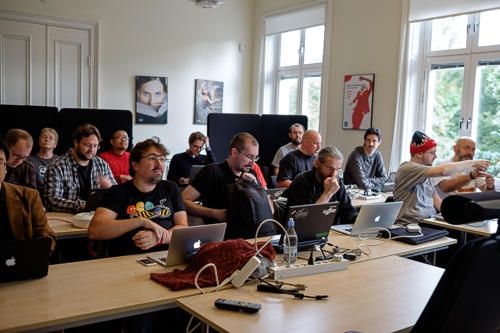 This is of course an important subject and we got an update on the work done by bapt@ on this. He is working off a branch of current, first with rather big packages that will be probably broken down into small ones later as needed.

See the agenda for the list of things that were discussed.

I didn’t go to the session hps@organized on the callout subsystem in FreeBSD but here are some notes.

I didn’t go to that one but you can find the agenda and some notes taken here.

This session was to discuss how to invite and get more people working on FreeBSD, a rather important topic. Here are the notes taken during the session.

That one went pretty slow, with no real topics pre-defined so we got some updates on how ARM/ARM64 are doing, some of the issues. Notes here.

Of course, Groff the goat joined us on the second day, too busy touring Stockholm on the 1st one I guess :) 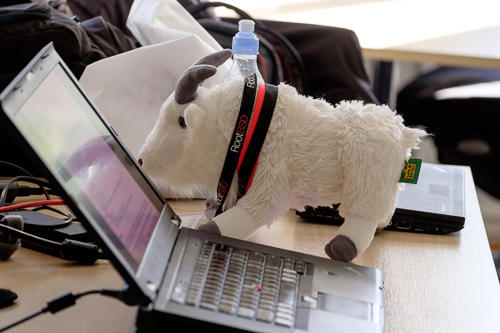 Agenda is here. Topic seems to interest a lot of people for some reason :) See the pano picture:

We talked about converting jail.conf into UCL, some of the grammar is delicate, how to deal with pkg(8) itself to install packages inside a jail directly and so on.

During the jails group, there was the documentation one, the agenda is as usual on the FreeBSD wiki and the notes are on an etherpad.

This session is dealing with mostly disk performance, reproductible builds, displaying myths about ZFS, RAIDZ/mirrors and so on. The notes are there.

This working group is interested in exploring issues with replacing OpenSSL with LibreSSL, both in base and ports.

Discussing the various graphical drivers (DRM and so on) in FreeBSD and updates. The current version is based on what’s inside Linux 3.8 and is not yet complete. Haswell support is not there yet. And Broadwell will have to wait till we import a version later than 3.8. CUrrent situation is a bit messy. psm(4)and usb(4) subsystems are getting stable with respect to X drivers.

As usual I have created a gallery for the pictures I’ll be taking at the conference ,so heads out to here to see them.