After the series of articles I did for EuroBSDcon here, let’s begin this new series on BSDCan 2015!

As usual, we will have two days of both tutorials and FreeBSD devsummit, a regular event in almost all BSD-related conferences now.

BSDCan didn’t actually started today but a few jours before because, like last year (see the pictures), we did the “Groff the Goat” 1 birds-of-a-feather session at the Royal Oak pub.

Just an excuse for getting the first beers into your system and do the social thing :) 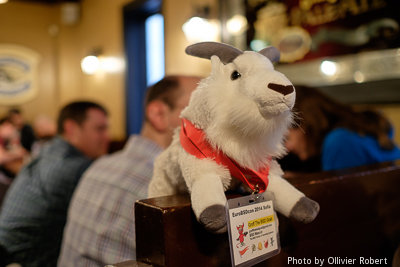 Pictures for yesterday’s session are there.

The agenda for today (and tomorrow) is available here. 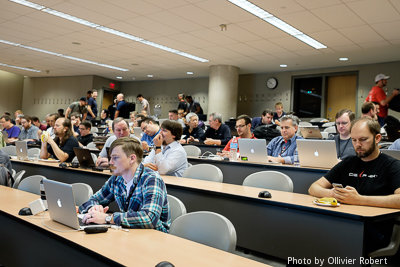 We started with a very interested presentation by Nathan Dautenhahn about protecting the kernel by creating a nested one that control the MMU a critical part of the VM subsystem. The goal is to protect the system from the situations where an attacker has managed to insert code in the kernel” (through an extension for example) and is trying to hide itself there (common with rootkits). 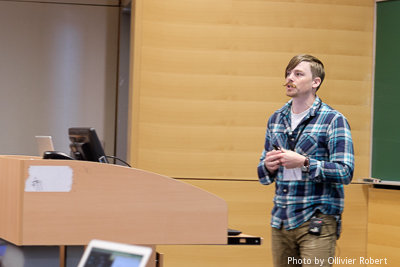 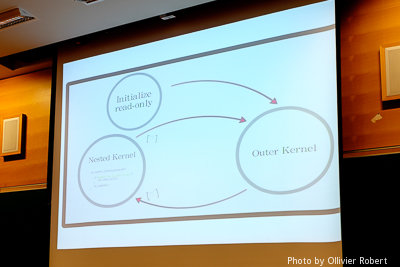 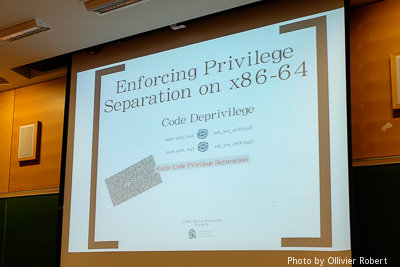 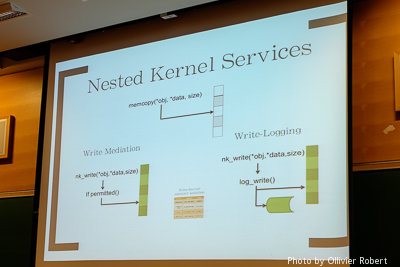 The entire presentation is available on Prezi.

Then we had a presentation by Benno Rice on Isilon’s usage of FreeBSD, mainly on the way they try to sync their own changes with our main tree.

The afternoon was divided into working groups and I was registered on the one on configuration files. Very interesting discussions on UCL itself first and the way we could move several utilities to UCL instead of their own home-grown format.

UCL is an interesting library and file format written by Vsevolod Stakhov that able to parse and use several other file formats in addition to its own (like JSON and YAML). It is already used by pkgng used to manage binary packages in FreeBSD.

At the end of all conference days, we have people going into the hacking lounge at the Univertsity residence and, like today, even have dinner there. 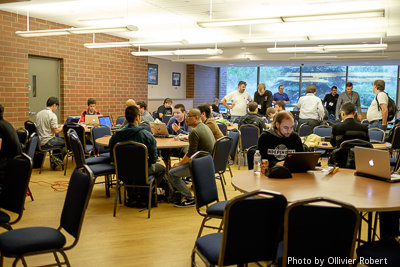 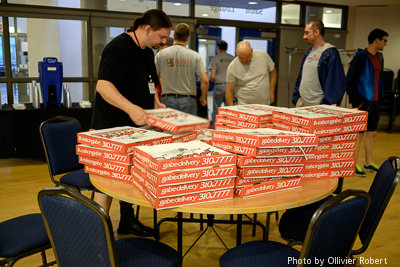 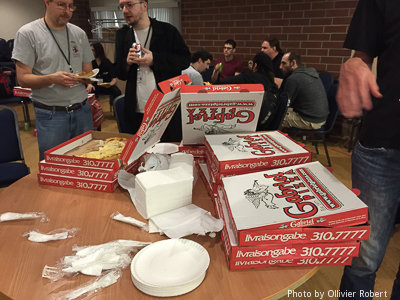 Of course, some people have to have to play with hardware :) 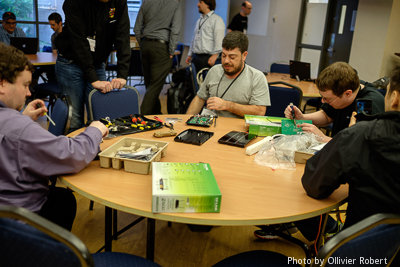 All in all, a very productive day!