This is a followup post on the one about the EuroBSDCon FreeBSD devsummit that you can find here.

This conference is dedicated to the late Paul Schenkeveld who passed away a the beginning of the year. Paul was President of the EuroBSDCon Foundation and a friend to us all. 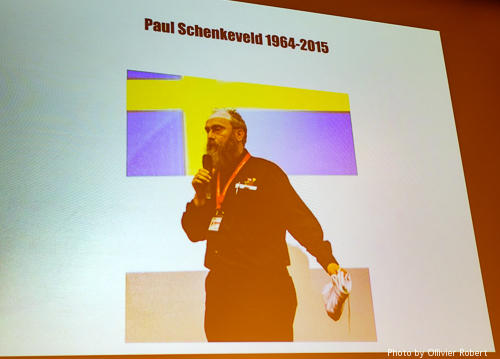 The conference has three different tracks so I will not be able to report on all of there but one must know that all talks are taped and are/will available on Youtube for live-streaming.

Paul Vixie was invited to do the keynote and he delivered a nice piece of his own history along with Internet, ISC and Bind-related bits of course. Quite funny indeed. 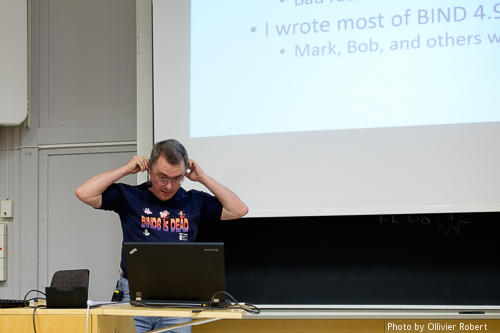 The first talk I selected was Andrew Turner’s one on the ARM64 architecture (also called ARMv8) which representes the next step for FreeBSD’s embedded systems support. It is interesting to see how architecture can get so much better when you are not constrained by something like backward compatibility (Intel, I’m looking at you!).

Then after lunch, John-Mark Gurney takled about his work at Netflix on how to improve the throughput of crypto code, something that is of course interesting both to Netflix and the FreeBSD Project as crypto is getting used more and more. 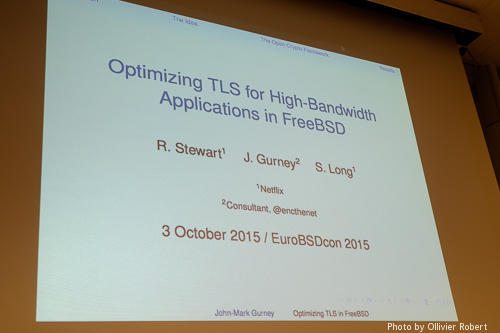 Michael Dexter was next to speak about the various virtualization options available to FreeBSD, from jails to finally Bhyve. He announced that from that day on, all versions of Windows (starting at 7) were finally supported in Bhyve…

After the coffee break, I went to see Jordan Hubbard talk about NextBSD. The fine folks at IX Systems are picking stuff from OS X in order to push FreeBSD into the 21st Century where you have dynamic devices, embedded systems with parts going off and on at any time. This is important for all BSDs with libraries like libdispatch(for heavy threading), ASL and maybe even launchd. 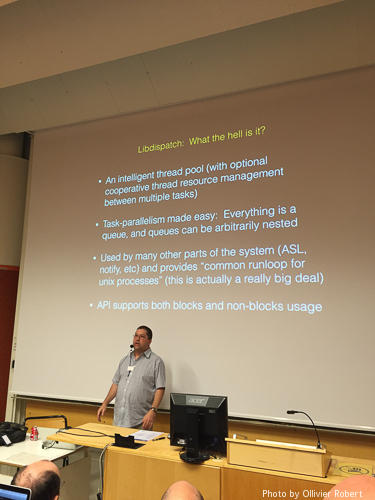 The last talk for the day was Scott Long’s one on disk performance and how he improved the mps driver with multi-queue support and other stuff as Netflix surely can use the additional bandwidth :)

Last part of the day was the Social Event at the National Musem of Natural History in which we watch a nice (albeit sad) movie called the “Coral Reef Adventure” in the iMAX theatre. Then we had a nice dinner at the Restaurant Fossilen inside the museum.

As usual, all pictures are available there.