Last post in my series about EuroBSDCon 2015 — See previous one.

I know most of his stuff but listening to Kirk McKusick is always funny as he has a lot of stories to tell about all these days a Berkeley :) — This time it was about the history of the BSD Fast File System. 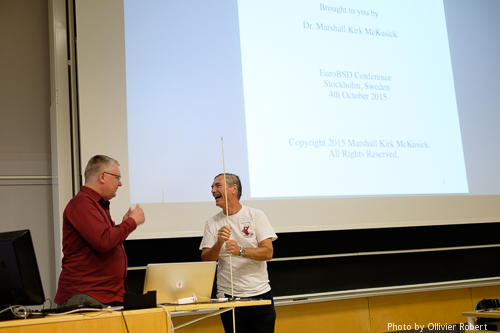 Next was the talk by Baptiste Daroussin about the tool called Poudrière (yes, it means powder keg) that is used by both FreeBSD and DragonflyBSD to build all the binary packages for ports. You just can’t do better as a /bin/sh-based tool with high parallelism. 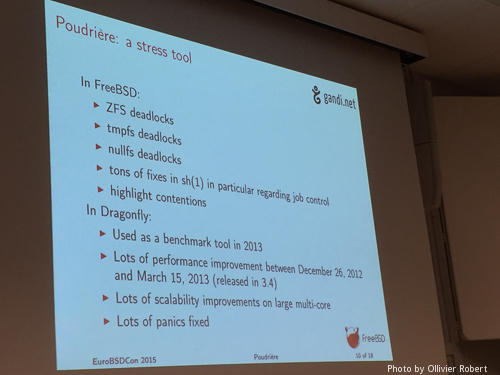 After lunch, on with the two talks I’m chairing this afternoon, “The State of the graphic stack in DragonflyBSD” by François Tigeot and the report on the FreeBSD Foundation by Deb Goodkind & Ed Maste. 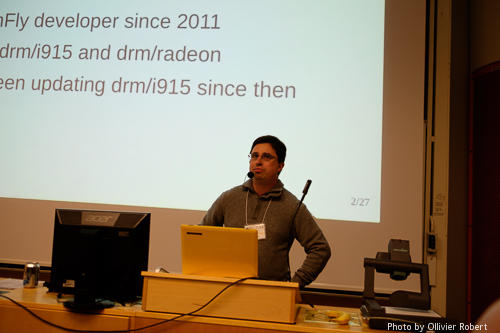 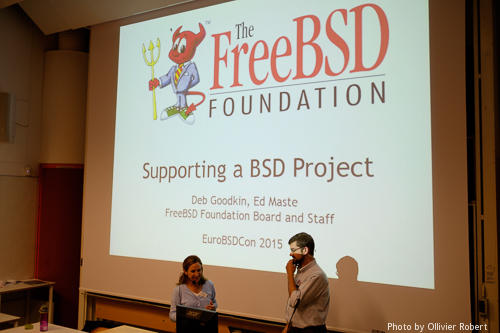 The last two parts of the conference are another keynote and the closing session, with the eagerly awaited disclosure of the next EuroBSDCon’s location.

The keynote was by Patrik Fälstrom from Netnod on the history Internet history in Sweden and the status of the Internet today compared to its beginning. Goal being how can we keep the Internet to work despite its growth.

And next location will be… Belgrade in Serbia!

As usual, all pictures are available there.