Dan officially opened the conference as usual after playing a bit with the video feed on his phone and we got both of us on the screen :) 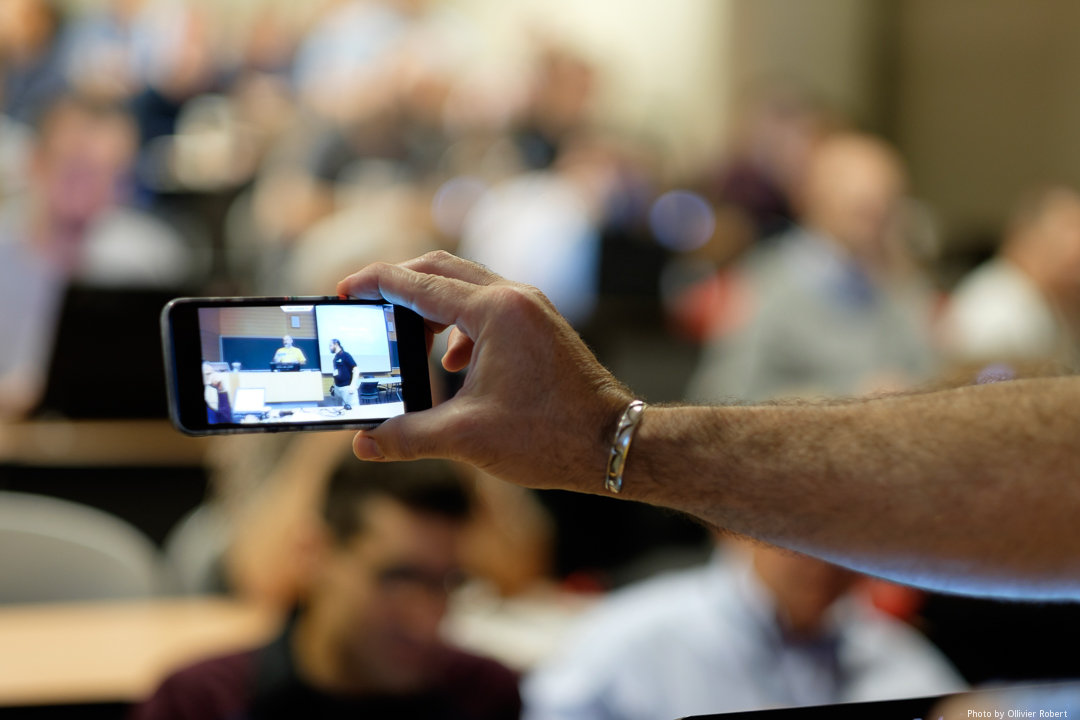 Could not resist taking a nice picture of upcoming keynote speaker Stephen Bourne. 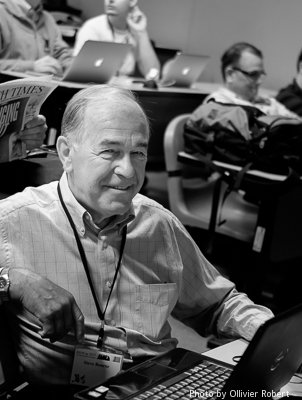 Then Deb Goodkin took the stage to speak about the FreeBSD Foundation, all the conferences and software they are sponsoring. 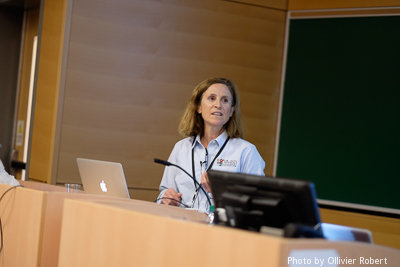 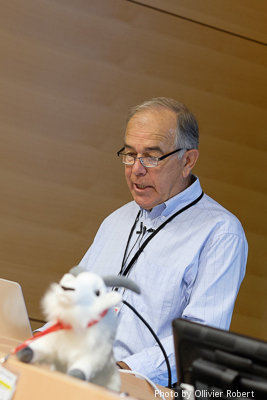 Wonderful keynote by Stephen Bourne, Mr. /bin/sh about the history of, guess what?, /bin/sh, with a lot of reference to AT&T, BSD and Andy Tannenbaum 1.

Bourne: “if you touched a source file, you owned it” #BSDCan #QOTD

“I didn’t believe in goto” – Steve Bourne at #BSDCan

Bourne: “Even now, I don’t know how to debug shell scripts” #BSDCan #!/bin/sh

A few screenshots to illustrate the presentation :) 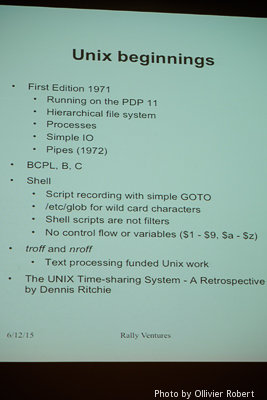 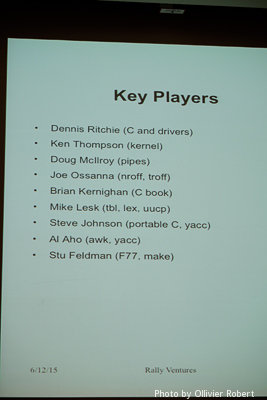 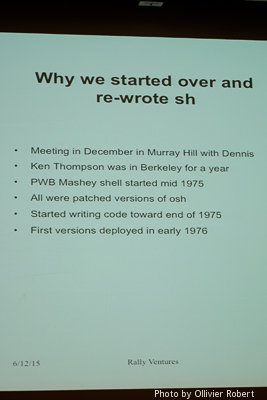 Of course, Groff the Goat is there, helping Stephen for his talk :) 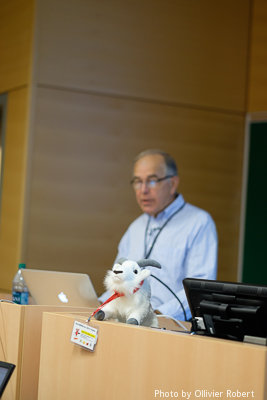 I’m afraid I missed the first session from Sean Bruno about embedded package building with Qemu, talking with Andy Tannebaum and Peter Wemm. 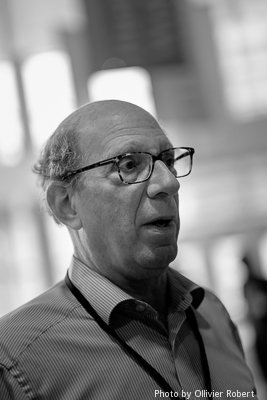 I got back into the room for the end of Sean’s talk, I did not want to miss John-Mark Gurney’s one on AES-GCM crypto. 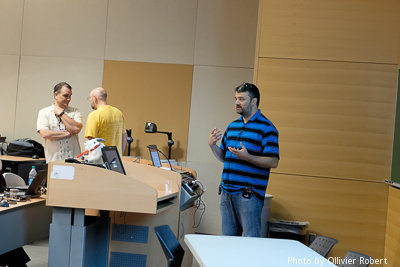 John-Mark talked about issues in AES-GCM & AES-ICM modes to OpenCrypto in FreeBSD. 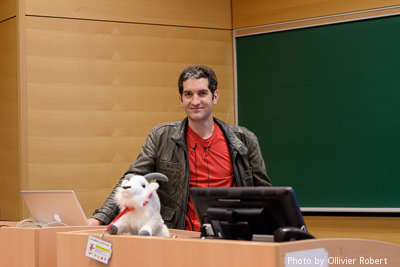 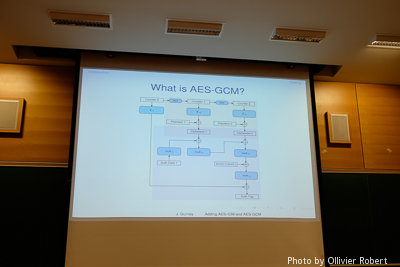 (sorry, I didn’t go to Andy’s talk in the other room, I’ve seen it last year in Sofia, see this article for details).

During lunch, there was also a bhyve BoF showing Windows 2012R2 running under it. 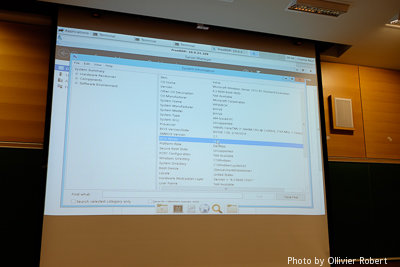 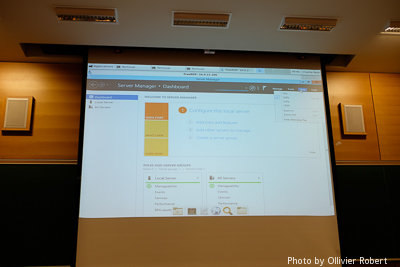 Next was George’s talk on measuring performance in the network stack in FreeBSD. TL; DR: Benchmarks are hard. 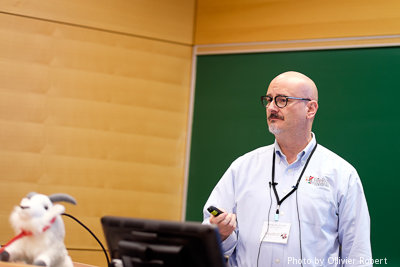 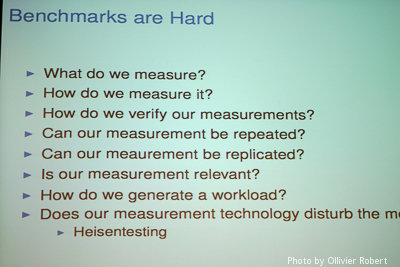 It is pretty obvious than in multi-core tests, Linux/iptables are way faster than the different BSDs (whether it is pfSense or plain FreeBSD 11). Expect updates during the upcoming vBSDCon conference in Washington DC in September. 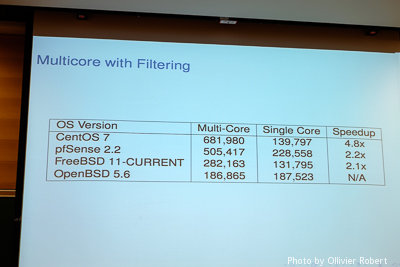 The FreeBSD Foundation is celebrating its 15th Birthday and brought a very nice and large cake \o/ It went pretty fast though, with so many people in the conference… 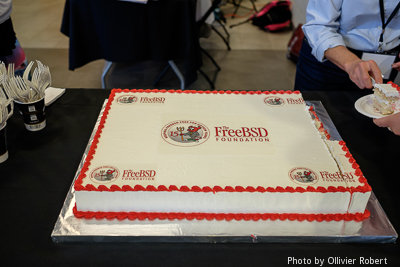 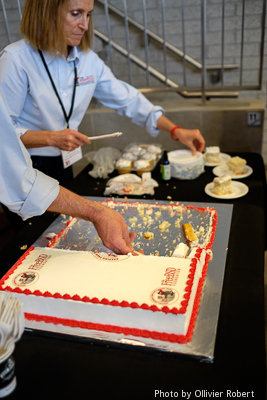 After the break, I went to the RDMA / Infiniband by Shany Michaely from Israël. The aim is to transfer large amounts of data with low latency and minimal involvement from the CPU. 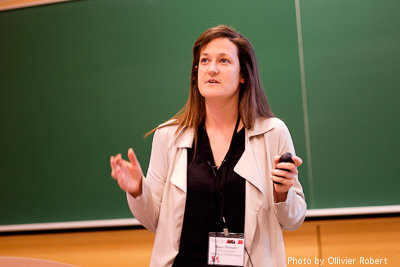 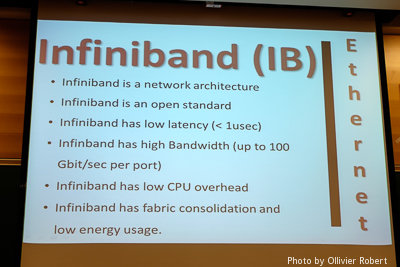 Then on with the last talk of the day, the one by Olivier Cochard-Labbé on Large-scale plug&play x86 network appliance deployment. 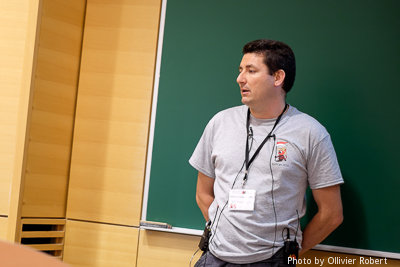 Differences between system and network admins :) 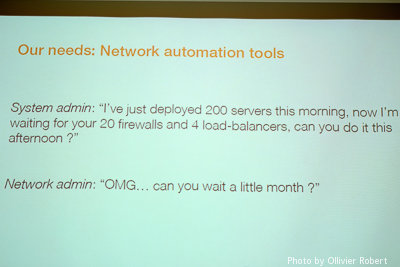 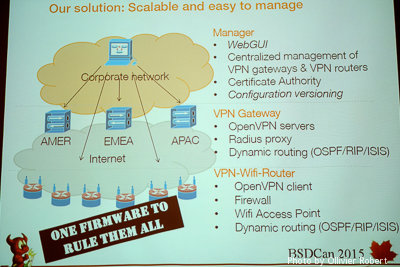