Last day of the EuroBSDCon 2014 conference (ok, there are only two days anyway :)) with all three tracks as yesterday, another keynote and the closing session where the next EuroBSDCon host is traditionally announced.

Like yesterday, I only chaired some talks so I’m going to talk only about the ones I followed.

We start pretty fast with Baptiste Daroussin’s talk about cross-building the FreeBSD ports system with quite a load of specific issues depending on the ported software (usual culprits being Perl and Python, OpenJDK being the unexpected good neighbour). 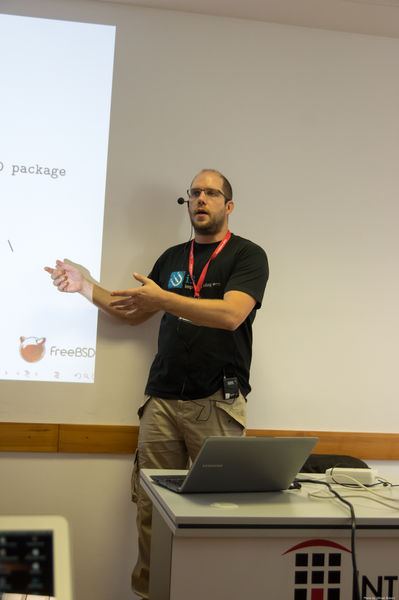 Then Ted Unangst’s talk about LibreSSL status after a few months after their fork of OpenSSL, less technical than Bob Beck’s talk at BSDCan but still interesting for the audit they made.

Theo de Raadt was next, speaking on the birth and life of arc4random(3) in OpenBSD, describing the various algorithms used behind that. 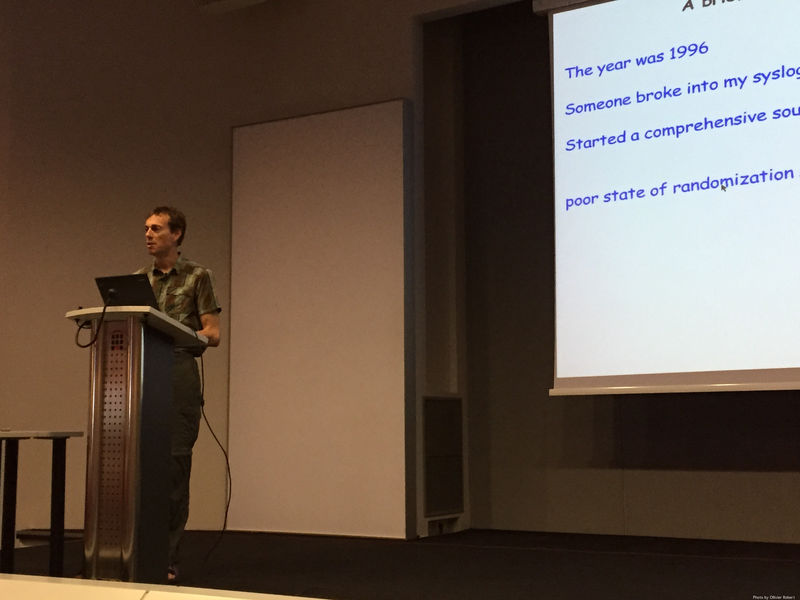 (yes, he is still using that MS Comic Sans compatible font, my eyes are always bleeding even though I know they do it on purpose).

Shawn Webb (@lattera on Twitter) was next, giving an updated version of his BSDCan talk on introducing ALSR in FreeBSD. He needs help on other architectures!

Shawn is also the spiritual “father” of Groff the goat :) 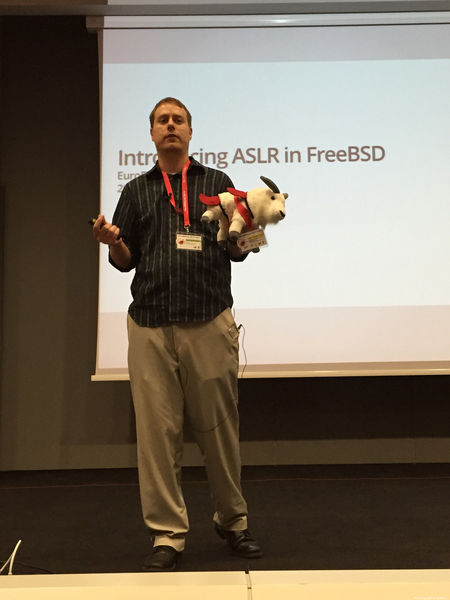 Ed Maste gave us an update on LLDB on FreeBSD with an insightful description of the history of gdb as well.

Finally, Dag-Erling Smøgrav described the system they use in the University of Oslo to secure access to sensitive & personal data used mainly for medical purposes.

We also had a final keynote on how to submit documents anonymously, something fundamental for journalists and their sources (think whistleblowing and investigations in post-Wikileaks and Snowden era). Using SecureDrop, Tails and Tor. 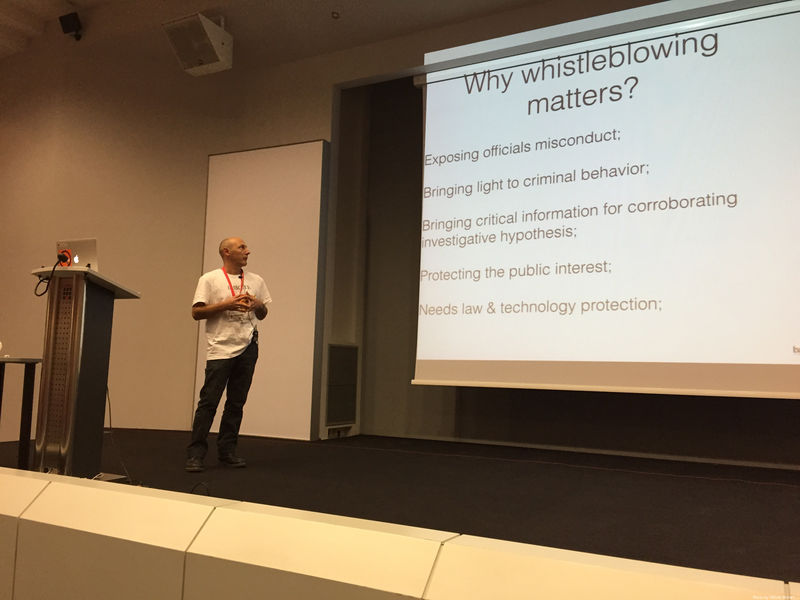 Last but not least, the closing session!

Google did its giveaway (the “raffle”) of an ACER Chromebook.

An enormous thank to Shteryana “syrinx” Shopova for hosting this great conference.